Many of you are aware that I am a co-host on the online radio program Something Brewin’.    Today’s topic was soul or life contracts. The topic let us look at the contracts we have written for ourselves, how they interact with other’s life lessons and re-writing these contracts. https://soundcloud.com/catmedia2/2-24-2016-something-brewin-with-cherry-divine-tracie-mahah

During the show information comes to me in many ways including visual images. As Tracie Mahan (the other half of the show) was talking about how a person’s life course was affected when we chose to change our contract. As she spoke in my mind’s eye I saw a pond that a drop of water landed in. As the drop hit the water a ripple began, continuing outward. I knew that I was being shown as a change occurred an energetic ripple went out touching other life. That as the energy touched the lives of other’s they would respond to it in the way that was perfect for them.

As we laughed and talked our way through the show my mind was being taken back to a dream that I woke with this morning. It wasn’t until a few minutes before the show was over that I understood why this was happening along with the importance of the dream. Those who are assisting us were giving a wonderful example of life contract changes and the ability we have to discuss how this affected us and not put in demands so much but, voice how this impacted our lives and what we needed in place of what was originally written.

This was the dream: My eleven-year-old granddaughter (who was in her twenties in the dream), a good friend of mine and I were on one of the Hawaiian Islands. This was a business trip in which we were only to be there for a few days. The day before we were to leave the CEO’s decided that my granddaughter was to stay longer because they had a new job for her to perform.

As they gave this information to us, we became very aware of how this impacted our trip. In the dream I could see all of the changes that would happen with my granddaughter staying. Instead of being upset we began to talk to the higher ups about the effects and what we would need to put in place due to their request. Notice I said suggested changes. I felt we had to be in agreement for this to occur.

I saw myself talking with the group of CEO’s telling them we did not want to leave Meg alone to do the work they had requested of her. This would increase the amount of the airplane tickets because we had to call and change our original departure date. We would need to get different rooms as ours were being rented to other’s upon the date we had agreed to leave. We discussed the cost of extra food and the need for a rental car. This was all done very businesslike. What I didn’t remember during the show was that not only did they comply with what we asked for, they gave us better than what we had seen for ourselves.

Why was this dream important? Because I had been given the inspiration for the show last week. My helpers in the higher realms were assisting us in the topic. What they were showing us is the impact of a request in the change of a soul contract. Not to worry about these requested changes. That soul agreements are written yet, there are other factors in place that create a ripple effect. As this ripple is sent out there are those that feel the need to change their original agreements also. When this does happen those in that person’s life are not left high and dry. Instead on a soul level we know that we may ask for assistance for ourselves to not only support the person that is changing the direction of their life, we may ask for what is also best for us. This allows us to be there and assist in these changes.

What I didn’t mention in the show was the ending of the dream. This was the best part. Not only did we get a rental car, we were given a sporty convertible. The rooms that we were given to move into were much more splendid than the rooms we originally had stayed in. My granddaughter was happy and looking forward to the assignment she was asked to take on. As she made plans with the group, my friend and I saw a rainbow, a sandy beach and warm water. In good spirits we piled into the convertible.

This dream brought to me these messages: We are never alone when living these lives. Nothing is written in stone. Allow yourself to ask for what you want. Know that you may receive better than you could ever dream for yourself on the Earthly Realm. We are Divinely loved and supported. We are not powerless in our lives. In truth we write our soul contracts and we have the finale say of will we or won’t we make changes in them. Not only do we so, do those whose lives are affected by our choices and changes.

As you are aware I bring in messages from a consciousness of love.  At no time has any group truly identified themselves other than as The Ancients until today.   I was thinking about the Pleidians, Sirians, and Arcturians when this came in. 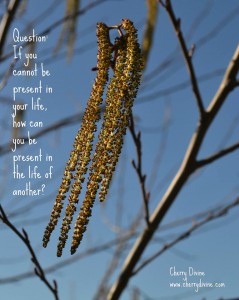 A message from the Light Masters.

Mankind is no longer peeking through the veil. Mankind indeed has drawn the veil back then proceeded in dismantling the structure that has held it in place. As this has occurred the human body has undergone necessary changes. A strategy of light placement within the cells was implemented. A heaviness to the human framework came about to anchor in the light. The bodies are now in process of distributing the light evenly. You are re-defined.

The human ego has also been under structural alignment. We have many times gave the message the ego is a chosen aspect of the self and not to be disregarded. To disregard the self is to deny that wisdom of the wholeness of who you are. You will find as the structural shift takes place the essence along with the ego are in alignment.

Relationships are being built upon the vibrational patterning of the heart. These patterns allow hearts to attract like hearts. This is not in the matter only of the human ‘love’ relationship. This patterning allows many to attract those into their life that have been agreed upon to assist in personal achievements. None more than another. The like frequencies set up a stable groundwork for personal harmony in all areas of the life.

The frequencies of the heart will change tones along the pathway of life. Each tone attracts in like tones. This is also an agreement made prior to developing physical form. You will be called to each other. Again for the purpose of creating a balanced harmonic life force.

We are assisting you on this path of life. The continuation of this assistance is guaranteed. Your dream states are being filled with more life enriching energy along with the accessing great amounts of information. As this continues to take place you will find yourselves drawn into areas in which you hesitated to go before. You will walk there now.
This is the transmission for this day.

Belknap Hotsprings Retreat cancelled due to Covid. We are looking forward to 2021 and hosting the retreat then, continue to check back for information.
Can't wait to get us all together!